Why We Don’t Violate the Second Law of Thermodynamics

I’ve seen it come up several times recently. For some reason it seems that many people think that the second law of thermodynamics is a major problem for our existence.

When phrased in terms of entropy, the second law of thermodynamics tells us that in a closed system, entropy must always increase, or stay the same. Entropy closely associated to the amount of ‘disorder’ in a system. The more entropy a system has, the more disordered it is.

When we look at the history of life on this planet however, what we see is a steady increase in order. Single-celled organisms have evolved over time into multi-celled ones, a multicellular organism such as a human, or even your dog, is an incredibly complex and ordered system.

The point is then made that the second law of thermodynamics should forbid the kind of evolutionary history we’ve observed on Earth.

Here is why the second law presents us with no problems:

The Solar System is Not a Closed System

The situation is then that so long as the total entropy of the universe never decreases, there is no problem. The Earth may decrease in entropy as more complex life forms evolve, but so long as somewhere else in the universe the entropy increases more, then there is no conflict with the second law.

How would the universe know that entropy had decreased in one region and raise it correspondingly in another region? Granted this would be very strange if it were the case, but the corresponding increase in entropy is much closer to home. 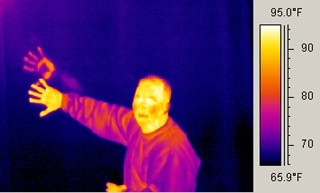 It’s a very interesting new area of search in Biology actually; since life produces so much entropy, it’s hypothesised that the development of life on suitable planets is actually entropically favourable. In other words, the entropic cost of producing an ordered life form is more than made up for by the disorder that life produces in the form of heat. It’s been suggested that life forms are like “entropic machines”.

Although in the first place the development of life would cause a net decrease in entropy, the second law is not actually absolute anyway. The second law is technically a statistical law. It is far more likely that in a closed system entropy will decrease, but that does not mean that entropy can never decrease overall.

Seeing as the universe is so large, it’s not surprising that in one place in the universe (our planet) entropy did actually decrease. Once this fluctuation in entropy occurs, the fact that life is more entropically favourable will allow life to flourish over an indefinite period.

All in all, there is no conflict between life and the second law of thermodynamics. In fact, it would be useful for people to be aware that areas of Physics such as Thermodynamics are not fundamental. Any serious theory of Physics should be able to reproduce the results of thermodynamics in the appropriate setting, but in general it can easily be the case that certain seemingly unequivocal laws do not always hold.

One thought on “Why We Exist (Thermodynamically Speaking)”