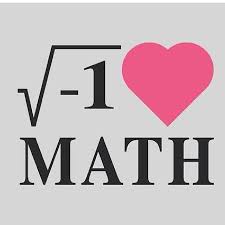 Why Imaginary Numbers are as Real as Real Numbers

“Imaginary numbers are a fine and wonderful refuge of the divine spirit almost an amphibian between being and non-being.” ~ Gottfried Leibniz

For any positive number, one can find it’s square root. For example, 22 = 4 and so the square root of 4 is 2. But what about negative numbers? Is there any number multiplied by itself that will give us -1? There can’t be on the real number line because the square of any number is always positive.

Imaginary numbers can be visualised as existing on a number line perpendicular to the real one:

But as their name suggests, the reality of imaginary numbers has been a troublesome question. Surely these numbers are just imaginary abstractions, they don’t really exist like real numbers do?

To anyone who doesn’t use abstract mathematics on a daily basis, the concept of an imaginary number sounds absurd. We can’t use them to count things, as we can with natural numbers. It makes sense to say you have a natural number of things, say “3 apples”; and it even makes sense to say you have a real or negative number of things, say “I have -£100.81 in my bank account” 😥

But it doesn’t make sense to say I have i shoes, or i of anything else. Because of this it is common to scoff at the concept of an imaginary number altogether, to think of them as perverse playthings of abstract mathematicians as opposed to anything relevant to the real world.

But the startling thing is that imaginary numbers are a fundamental part of modern physics and our mathematical descriptions of how the world works. Working through a problem set on quantum mechanics, or quantum field theory one will notice an abundance of the symbol i, it crops up everywhere!

Take the Schrodinger equation for example, the fundamental dynamical equation in quantum mechanics:

There the imaginary number i pops up on the left hand side of the equation, it is a fundamental part of quantum mechanics and all modern physics.

Does this mean that i has some kind of reality? Does it exist in a similar way that numbers do?

For a start, it’s not clear at all what kind of existence the real numbers have. Sure we can use natural numbers to describe how many things we have, but have you ever seen the number 1? You may have seen depictions and drawings of it, but they are only representations of the object and not the object itself. It’s extremely difficult to imagine what kind of existence the number 1 has.

What is true about real numbers however is that only they can be used to represent the values of measurements. Whenever you make a measurement of something in physics, you always get a real number. The current produced could be 0.1 Amps, but never i Amps.

So imaginary numbers don’t seem to have anything to do with what we actually observe in the real world, but at the same time they’re indispensable in the underlying machinery of our physical theories. They seem to be like the lighting and sound crew in a theatre production – they’re there behind the scenes making everything work, but you never see them before you in the play.

Instead of thinking about whether we see different numbers in the real world, perhaps it’s better to view mathematical objects as embodying different logical structures.

There are many logical structures in mathematics, some for which so far we have not found to be relevant to any area of physics. In a previous post, I talked about different sizes of infinity. Although the distinction between countable and uncountable infinity is needed in physics, the more esoteric infinities such as ordinal numbers and huge numbers are not used at all.

Yet there are many abstract mathematical entities such as Clifford numbers and Grassman numbers that do find use in areas of physics such as relativistic quantum mechanics.

It seems to me all in all that what matters about a mathematical object is whether it is needed to formulate physics. It is this that should determine whether the object is “real” or not. Whether numbers, or any logical structures, physically exist is a troublesome question which can open up the way to Plato’s Realm of Forms, but we do not need to go this far now.

What is important is that if there are mathematical objects that we need to use in our physics, then it is clear that the logical structures that these objects embody are realised in the physical world, and thus can be called real.

One thought on “Do Imaginary Numbers Exist?”