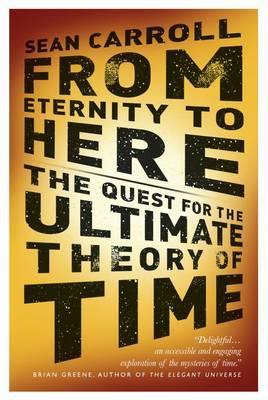 Sean Carroll is a distinguished cosmologist cosmologist and well-known for his contributions to science communication. “From Eternity to Here” offers an expertly thorough exploration of the nature of time, covering a wide range of concepts in theoretical physics in exquisite detail. The major focus is on time’s relation to thermodynamics and entropy, but Carroll goes above and beyond the basic considerations and takes the reader on a journey touching upon a plethora of mysteries in modern physics. The book can be rather dense and technical at points, but it’s necessary for the ambitious aim of teaching a comprehensive understanding of the physics behind time’s arrow.

Some of the most interesting ideas in the book include:

In terms of readability, Carroll is a naturally gifted communicator and his prose is accessible to a wide readership. It is impressive how he’s able to explain subtle concepts like entropy comprehensively using a menagerie of metaphors and analogies. Despite the quality of the writing however, this is not a book you can skim over quickly (unless you’re a physics graduate perhaps). To get the best out of this book you need to be patient and willing to re-read sections to make sure you’ve understood, there are a lot of very sophisticated ideas tackled. There’s plenty going on between the pages, but if you can keep track of the arguments and stay determined, then the rewards are plentiful.

The content of the book is excellent and even as a physics graduate there were some refreshingly concise expositions of some very sophisticated ideas, such as the Maldecena correspondence. I would recommend it to anyone with a keen interest in physics, wanting to gain a solid conceptual understanding of some of the puzzles cosmology faces. This book would be best for someone who is already fairly well-read in popular science, or an undergraduate physicist wanting a precise overview of frontiers in cosmology. I think anyone picking this up as their first popular-physics book may well struggle! Nevertheless, if you’re determined, “From Here to Eternity” is an extremely rewarding read.